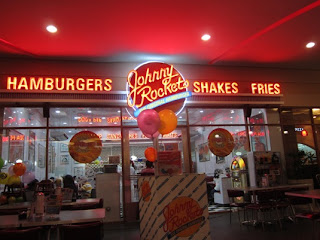 Three Saturdays ago, we decided to have snacks at Johnny Rockets at The Veranda, Robinsons Galleria. 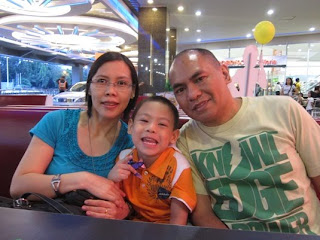 I made a mental note before to try this restaurant because the staff dancing to the delight of the diners were a teaser. At that time, we were dining at the nearby Papa John’s Pizza. 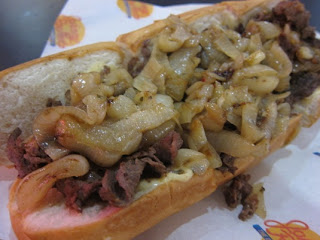 Philly Cheese Steak, Php395.00
Philly Cheese Steak is thinly sliced steak, grilled to perfection and topped with grilled onions and choice of cheese. This is served on an authentic hoagie roll. This comes with French fries, too.

The grilled steak was tasty, but it would have been better if the meat was more tender. The grilled onions also perfectly complemented the steak. Because the hoagie roll is big, this order is good for sharing; it took three adults to finish the entire bread. Besides, since hubby and I are on a diet, we had to cut down on meat consumption, especially beef, so we won’t be needing fat burning supplements later. 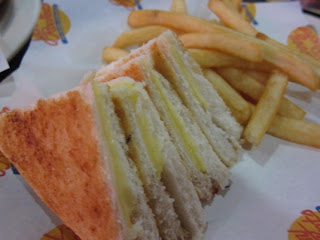 We actually ordered this for the little boy, but he only took one bite and a few French fries, and that was it! I ended up eating the rest of this sandwich. There’s really nothing special about it. The server didn’t ask us, too, for our choice of cheese for this sandwich; I think what she served us was plain cheddar cheese. 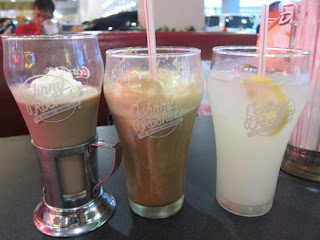 Chocolate Kid Shake, Php105.00; Root Beer Float, Php175.00; Lemonade, Php110.00
I took a sip of my son’s Chocolate Kid Shake, and I found it too sweet. Hubby didn’t say anything about his Root Beer Float, so I assumed it was okay. He also liked receiving a root beer refill on his glass. The lemonade tasted like lemonade served in a large glass. LOL!

The prices of food at Johnny Rockets are too steep! All in all, we spent Php1,200.00 for our snacks. Probably, we won’t eat here again, not in the near future anyway.

This entry was posted in Johnny Rockets, Restaurant Review. Bookmark the permalink.