Last Friday, I, together with some high school classmates, got together for the pre-birthday blowout of one of our classmates, Neil, an engineer. Because I missed the first get-together because my classmates haven’t found me on Facebook yet and vice versa, I promised I’d go no matter what.

I started work earlier than usual that day so I could end it earlier than usual, too. I left the house at 4:30pm and arrived at the agreed venue (19 East Bar and Grill in Sucat, Muntinlupa) at 8pm. You could just imagine what I went through just to see my high school classmates!

Because I don’t know where I was and had no idea how long it would take me to get to the venue on time, I commissioned a tricycle driver to take me there. It took us 30 minutes (more or less) to get there and he made me pay Php150.00. It was not really my lucky day!

I was the first to arrive, and I had to wait a few more minutes before I could finally see my classmates. There were only five of us, but the meet-up was fun nonetheless. We looked back on our high school days, reminiscing the good and not-so-good times we had. 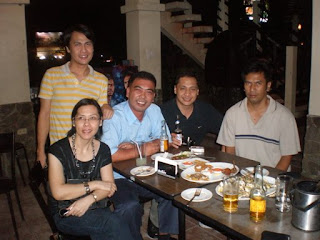 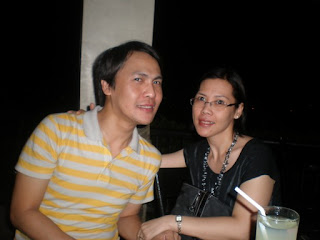 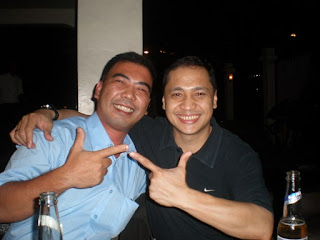 Reggie and Neil
I was amazed at how Neil has grown; he used to be so small! I also realized I haven’t really talked to my two other classmates in high school, Reggie and Randy, but that night, we were chatting the night away like long lost friends. I also missed my beautiful friend, Waggy. We will have another class get-together again in December, and we’re hoping for more attendees this time.