I wasn’t too keen on purchasing a laptop at first for two reasons: (1) Laptops are expensive; and (2) Adjustment in using a laptop takes time. Hubby would have to shoulder the cost of a new laptop because it was his idea to buy it in the first place, so that’s one load off my back. LOL! I also had a hard time adjusting to the different placement of some computer keys on the laptop, but I soon got the hang of it.

I’m loving my laptop now. I said “my” because the first laptop that hubby bought was solely for my own use. He bought a smaller laptop a few months ago that he and my four-year-old son share. Because I now have a smaller computer without the bulky CPU, my work station at home is smaller, neater, and more organized. 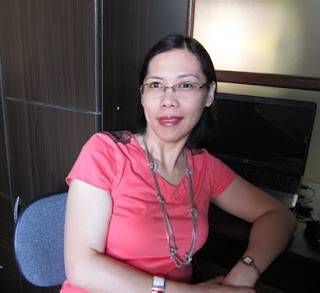 That’s my laptop over there!
What about you? Which do you prefer: desktop computers or laptop computers?

7 Responses to Desktop vs. Laptop Computers