October 4, 2010 is World Habitat Day. On this day, Habitat for Humanity will raise awareness of the need for improved shelter, address the worldwide connection between human health and housing, and advocate for neighborhood revitalization in the United States. This year’s theme is “Better City, Better Life.” 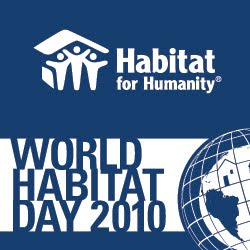 Recognizing the need for adequate shelter for all, the United Nations General Assembly has declared the first Monday of October to be World Habitat Day.

Habitat for Humanity is a non-profit, ecumenical Christian organization that was founded in 1976. This organization seeks to eliminate poverty housing and homelessness worldwide and to make decent and affordable shelter a matter of conscience and action. 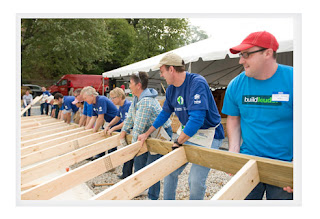 What Can You Do to Help?

Be an advocate – You can send a message to an elected official, take part in a rally, or ask supporters to sign a petition.

Organize fundraising activities – Help raise funds for Habitat for Humanity in your community.

To help Habitat for Humanity, you can also send in your donations here.

This entry was posted in Uncategorized. Bookmark the permalink.