Last September 11, I received an email from NIDO informing me that the photo of my four-year-old son that I submitted for the NIDO 3+ See the Difference billboard promo has passed the screening process and has been approved for entry. According to the email, my son’s photo, along with other NIDO 3+ kids, will be seen on September 15-17, 2010 for ten seconds on the following digital billboards:

Because both my husband and I had work on that day, we were not able to see Justin’s photos on the billboards mentioned. Good thing, NIDO sent us a copy of our son’s billboard photos. I wasn’t able to upload these photos on my blog earlier because I actually didn’t notice that NIDO’s most recent email had attachments. LOL!

Only when I saw Chris’ post about Toby’s appearance on the NIDO 3+ digital billboard did I remember to check my email again. True enough, the photos are there, attached in that email. Why, oh, why did I fail to notice that?

Here are the billboard photos of my son: 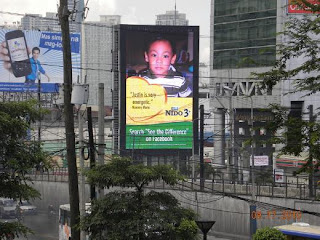 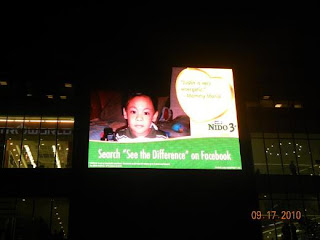 Thank, you , NIDO, for giving my son a chance to be in the spotlight, and thank you for making me a proud mama, too!

This entry was posted in NIDO, See the Difference Billboard Promo. Bookmark the permalink.