Teach Your Kids about Money with Ekomini

My son has a piggy bank, and it’s almost full now. He would constantly ask his daddy and me for coins in our wallet or pocket that he could put into his piggy bank. After dropping coins into his piggy bank, he would hold his piggy bank using both his hands to see how heavy it has become, and he would smile proudly at his achievement. When asked what he would do with his money, he would always say he would buy a toy at the mall. This early, we’re already teaching him that not everything in this world is free, that he also has to do his share in saving up for something that he wants for himself.

Other parents are not as lucky, however. Since most of them are working, they often do not have the time to sit down with their kids and teach them about money matters. Parents would be glad to know that there is now a fun and exciting way to teach kids about saving money. This is through Ekomini, an interactive piggy bank that connects to a computer, which keeps track of the money that kids save. 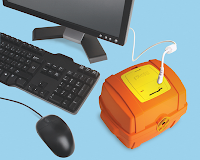 To make the saving adventure even more interesting, kids can play an online game called Ekominiville that teaches them how to save, invest, share, and spend their money. This game also has a parents’ interface that allows moms and dads to monitor their kids’ progress. 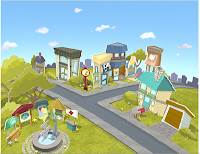 This entry was posted in Ekomini, Ekominiville, Kids, Money. Bookmark the permalink.

2 Responses to Teach Your Kids about Money with Ekomini