My son loves trains: toy trains and real trains. His penchant for trains started when he first laid eyes on Thomas & Friends. He also likes riding on trains, and he had a grand time last Halloween riding two trains at two different malls. 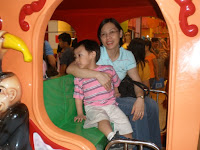 At SM Sta. Rosa with Mommy 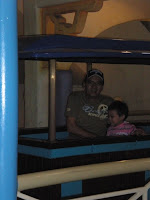 At Festival Mall ith Tito O.
Justin is also fond of cars: toy cars, racing cars, online car games, arcade car games, etc. He had a chance to drive a bump car last Halloween, too, at Festival Mall. At first, his Dad and I were hesitant to allow him to ride the bump car on his own, thinking that he was too young and too small for it. He insisted he could do it, and lo and behold, he drove it like a pro! 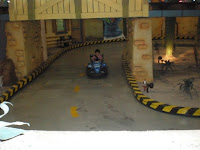 Justin’s first bump car ride
Are your kids fascinated by trains and cars, too?

This entry was posted in Bump Car, Cars, Trains. Bookmark the permalink.