Last Friday, Justin’s school celebrated Halloween, one week in advance because they’re having their midyear break from October 26 to November 3. Kids are encouraged to come to school in their Halloween costumes. In anticipation of this event, we bought Justin a skeleton costume two weeks ago, which we found out later was a little too big for him. We were in a rush to buy it at Toys R Us because Justin might find new toys in the store that he’ll ask us to buy for him again. LOL!

Because I don’t want my son to feel uncomfortable wearing an oversized costume, I bought him another one, a Zorro outfit this time. Too bad the costume didn’t come with a hat and a sword. He didn’t want to wear Zorro’s mask because it was a bit tight, although I managed to take a picture of him in school wearing it. And because they’ll be trick-or-treating in school, I also bought him a pumpkin basket for all the sweet treats he’ll be receiving. 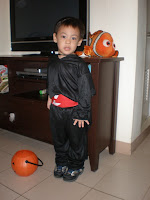 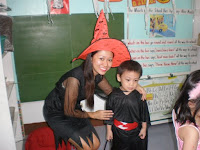 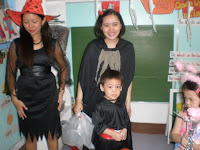 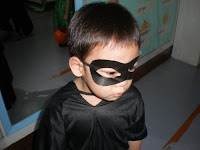 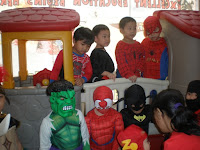 Standing proudly with the other superheroes in school 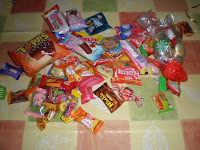 Did my little boy enjoy his first trick-or-treating? You be the judge of that.

This entry was posted in Halloween, Trick or Treat. Bookmark the permalink.