Justin is such a fan of Thomas & Friends. When asked what gift/s he would like to receive for his birthday, he would mention the names of the characters in the show. He already has Thomas (with Annie and Clarabel), which his Daddy bought for him last December. Next came three miniature tank engines (James, Percy, and Edward), his rewards for completing his summer class. A week before his birthday, his Dad bought him a new Thomas rail set as his advance birthday gift. His Daddy’s friends and officemates, Tita Tess and Tita Sharon, gave him Gordon and Percy, respectively .(Thank you so much! You made my little boy so happy!) 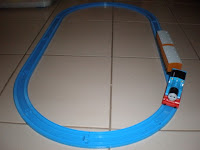 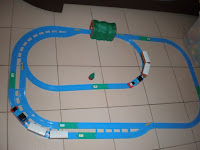 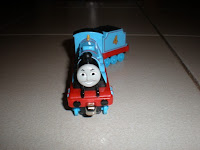 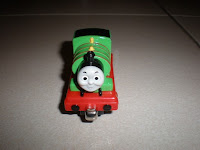 Percy from Tita Sharon
Do you think he’s had enough? Not quite. If you ask him now which character he wants next, he’ll say “Arthur.”

This entry was posted in Thomas and Friends, Toys. Bookmark the permalink.