Today is the last day of Justin’s summer class. I should be relieved that five weeks of accompanying him to and from school and having to adjust my work schedule is finally over. That’s exactly the opposite of what I’m feeling. I’m actually a bit sad for two reasons.

First, I have grown accustomed to seeing and talking to the parents and/or yayas (nannies) of Justin’s classmates every day for the past five weeks, his teachers, and the teacher’s aide assigned to their classroom. I feel like they’re our family away from home.

Second, I feel sad for my son because he wasn’t aware that he won’t be seeing his classmates anymore unless they all enroll in the same school come June. Although I told him earlier that it was his last day of class, he didn’t seem to understand that. Besides, Justin seemed to be really having a great time in school, despite the occasional cries and clinginess to mommy.

On a happier note, the teachers tried making this last day of summer class exciting for the kids as they gathered all preschoolers in one big room and made them dance to their hearts’ delight. The kids were given lollipops, too. Of course, the parents had their hands full taking pictures of their little ones. 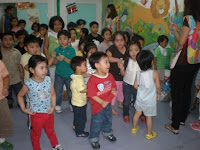 Justin performing with kids from the other classrooms 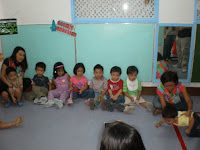 Justin with his classmates and teachers 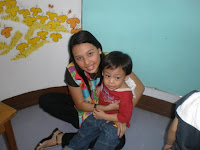 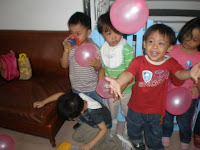 Justin with some of his classmates before dismissal time

This entry was posted in Summer Class. Bookmark the permalink.

One Response to Last Day of Summer Class