April 2008 was Justin’s first summer outing. It was my husband’s annual company summer outing, and last year it was held at the Club Balai Isabel Resort in Talisay, Batangas. 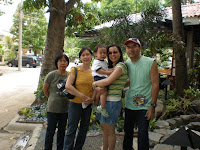 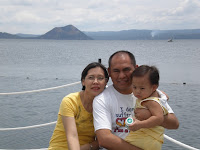 Justin actually enjoyed playing in the water, but he was afraid of dipping himself into the water even if his daddy assured him it’s okay. The rooms we occupied were located in the villa where the owner of the resort resides. That villa has its own swimming pool aside from the resort’s main pool, so we actually had that pool all to ourselves. 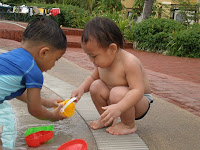 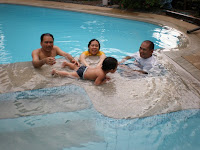 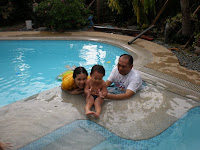 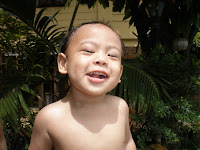 While we hoped to make Justin’s first summer outing fun and exciting, it turned out to be traumatic for him (See my post “Justin’s First Summer Outing“). He also contracted fever due to throat and ear infections most probably from the water in the pool that had gotten into both his ears.

We’re hoping Justin will have a much nicer experience this year.

If you like to join Mommy Moments, please visit Chris’ The Mommy Journey.

This entry was posted in Mommy Moments, Summer Outing, Swimming. Bookmark the permalink.